Monsters of the Midway

Prior to the 2010 NFL season, I had the opportunity to meet Dez Clark and this set was designed to have something to take to training camp.  I've expanded it since then to an all inclusive historical set.

One of the older Bears I needed.  Returned 3/3 customs in 18 days via his home.

If you are not following Anthony Adams on Twitter (@Spiceadams) you're missing out.  Not only are most of his tweets funny, but he's posted an address there to send in items.  Took about 5 days round trip.

A former Bear that has been great to me with autographs.  Mr. McKie returned 3/4 customs (K1AO) in 4 days. 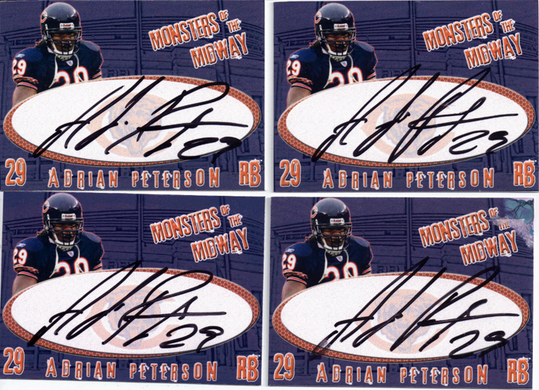 Another cool return with a long wait.  I sent this request to Mr. Peterson, c/o his home in Florida on Sept 20, 2010.  Came back to me on May 14, 2011 postmarked from Illinois.  Mr. Peterson signed and returned all 4 customs, unfortunately one got wet on the way home and stuck to the envelope.  237 days on the return.

He was a player I wish the Bears had given more of an opportunity.  I loved the way he played.

Another great Bear down!  Harlon Hill was the 1954 NFL Rookie of the Year and 1955 NFL MVP.  He graciously returned 3/4 customs (kept 1 as offered) via his home in Alabama.

Great return from a very underrated player in Bears History.  Mr. Fortunato returned 3/4 (kept 1 as offered) in 15 days via his home.

6 Day turnaround for Judge Thomas.  Signed and personalized 3/4 to me and my kids.  Each with different Bible verses, too. 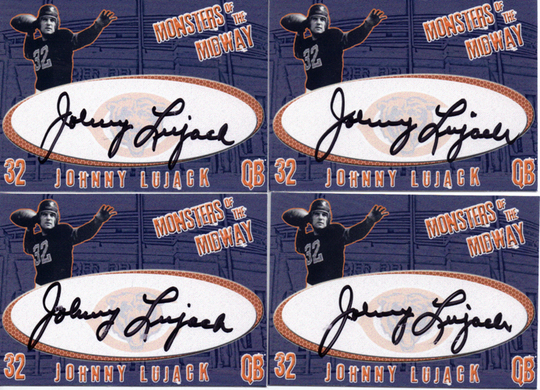 Former Heisman winner from Notre Dame returned 4/4 via his home in 14 days. 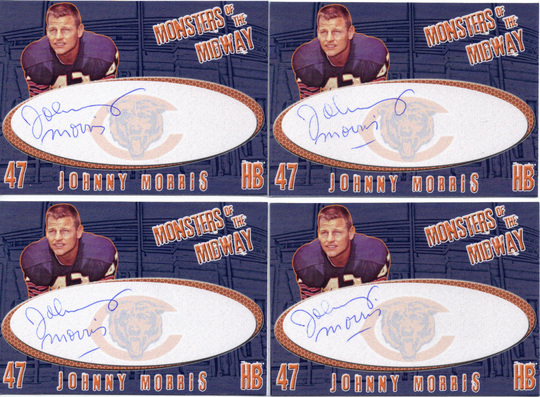 It took 81 days, but 3/3 customs came back from the Bears running back.  I sent them via the team at Halas Hall.  Great return from the former Bruin!